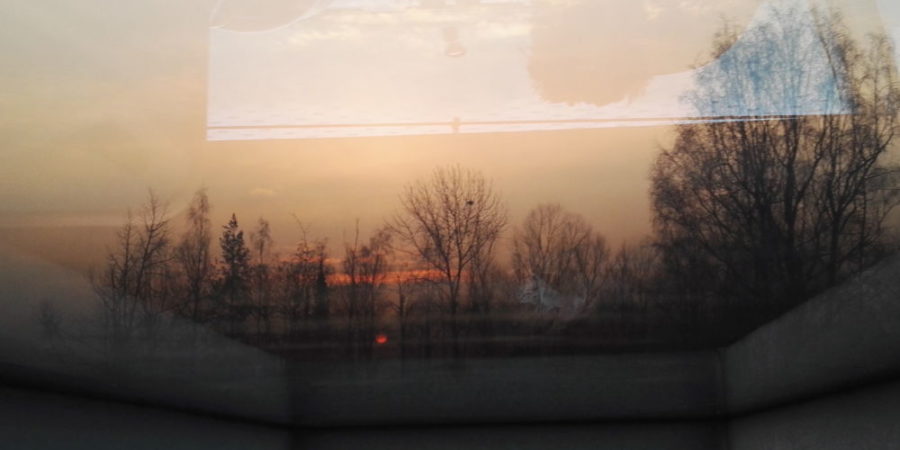 After the buzz in the big city of Frankfurt, we felt the need to relax in a peaceful place. For some bizarre reason we decided that that place would be Gaggenau. The local Stellplatz (free parking space for vans) was equipped with electricity and was just on the town boarder. The cold weather continued, so the electric heater was a nice bonus.
Right behind the parking was a spa, that we wandered into. Coming from the homecountry of the sauna, we thought we had all the basics covered. The place does not differ from finnish spa’s, except for the nakedness. This is a holy thing for the Germans. In Finland, being naked inside the sauna is normal. But in the spa area and swimming pools we tend to keep our bathing suites on. Not in a Germa spa. We got told off as soon as we dipped our toes in the first pool. An angry German lady, made sure we knew to strip naked faster than a German can say currywurst. German spas are not for the prude, as even the changing rooms are mixed sex. Be ready to flaunt your stuff if you are going to a German spa! So we tossed our bikini and shorts in the changing room lockers and made another attempt in the nude.

There were many different saunas in the Spa, but Finnish saunas are a tad different. They do not throw water on the stows, and talking is a definite no-no. In Finland, the biggest political decisions are said to be made in the saunas, so we went on talking and chatting away. The Germans did not like this, and we were soon hushed into silence. We spent a few hours testing out the different saunas, and swimming in the pools under a starry cold evening.

The German sauna culture culminates at the “Aufguss”. At that point the sauna master enters the sauna and starts throwing water on the stones and whipping the air with a towel. This is an event that people come into one big sauna for. The Aufguss lasted for about 10 minutes and after that everyone exited the sauna. As in Finland, those who couldn’t handle the heat left early, followed by laughter from the others. For O the Aufguss wasn’t much compared to the midsummer saunas in Finland with the guys. J had to admit defeat and leave early.
Gaggenaus town was small and cute. We spent an afternoon at the local library working and planning the road ahead. O also had the opportunity to do some mountain biking, as the stellplatz was right next to a national park. The park was empty, and O had a great ride in the park exploring the German woods. The evening culminated with watching the sunset out of our sky-window.

One sauna experience richer, it was time for us to move on. The spa was an amazing experience and if we ever venture into a German spa again, I am sure we’ll be better at their sauna culture. For us it was interesting to see, that Finns are considered quite liberal when it comes to nudity, but the German has taken this one step further. A great experience once again!

This blog is a yearlong travel adventure of a couple in our early thirties. We are exploring and getting mesmerized by the world in our five-meter-long van, while living the working life of digital nomads.

This error message is only visible to WordPress admins